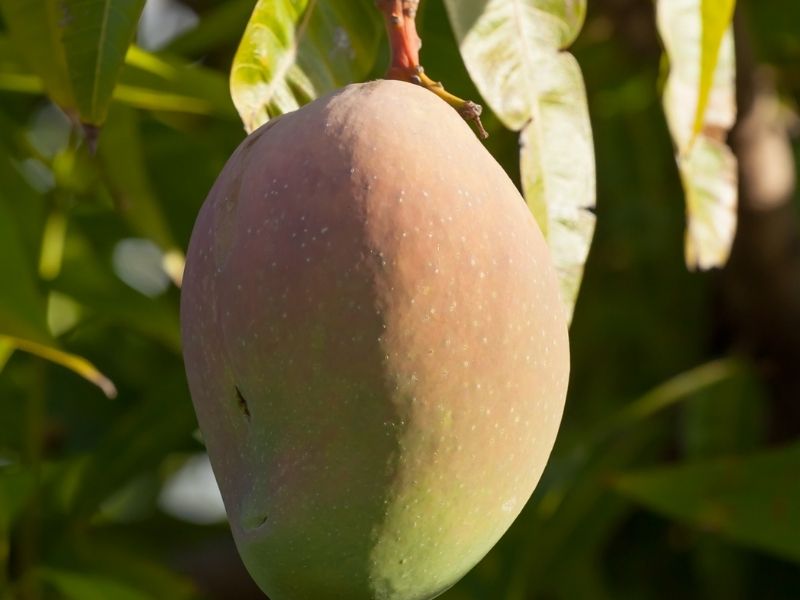 Kensington Pride Mangoes are Australia’s own best fruit, and they deserve recognition. They have a sweet-yet-tangy flavor that makes them perfect for eating by themselves or using in desserts. However, we also often hear about the famous Bowen mangoes. Are Kensington Pride and Bowen Mangoes the same?

What Is Kensington Pride Mango?

The Kensington Pride mango is Australia’s own best of the best. It is a named commercial mango cultivar that originated in Australia and accounts for over eighty percent of this country’s annual commercial market. It is considered to have a distinctive flavor when compared with other Florida-bred varieties grown elsewhere

It is a super-sweet, juicy, and slightly tangy variety that grows in the Northern Territory. These Aussie mangoes have been called one of the best in the world by many experts. The Kensington Pride was first bred at Queensland’s Horticulture Research Station as a cross between two varieties: Kent and Haden (the second most popular type of mango grown in Florida).

Kensington Pride is an Australian institution. And it’s no wonder why. Taste-wise, they’re like nothing else in the world.

Are Kensington Pride and Bowen Mangoes the Same?

The name Kensington Pride and Bowen Mangoes go back to the history of the fruit.

The original tree emerged in Bowen, Queensland, in the late 1880s. It was given the name “Pride of Bowen” and “Bowen Special”.

Then, among various mango seeds, a local farmer, Mr. Harry Lott, isolated a good fibreless flesh mango. He cultivated it on his own farm, ‘Kensington’, circa 1880, from whence it spread to other regions to be known as Kensington Pride.

The first tree was born in Bowen, Queensland, somewhere along with the late 1880s and early 1890s (although the fruit wasn’t formally described until after 1960). It was likely imported from India by someone who had horse-trading business there.

The polyembryonic nature of the fruit suggests a southeast Asian origin, although its oval shape and color look very similar to Indian cultivars.

Kensington Pride Mangoes come from Australia. Passing the fruit’s seed to a Bowen Harbour and Customs Officer, GE Sandrock in 1937 led to Mr. McDonald planting trees in his own garden.

Within decades, the trees were planted throughout Bowen. In 1905, a local farmer named Mr. Harry Lot noticed the fruits’ popularity at the market and started planting his own orchard on Adelaide Point. The resulting fruit was popular in the local markets and he took it upon himself to name them after their original property: Kensington.

The Kensington Pride has been recognized for its superior taste around the world. It is also credited with helping to put Bowen on the map as one of Australia’s most important commercial agricultural areas outside of Victoria and New South Wales. The success of this popular variety is attributed to its polyembryonic nature.

The word ‘cultivar’ refers to a cultivated variety that typically results from hybridization, and so it is exclusively human intervention. Often those cultivars occur in nature as mutations but most are created by breeders; they are called hybrids.

The ‘poly’ in that word means it can reproduce itself without fertilization and, therefore multiplying fast and yielding many fruits per tree. The ’embryo’ part of the name refers to how each fruit contains two or more seeds developing within one ovary wall.

The Kensington Pride mango is one of poly-embryonic mango varieties. It is a self-fertilizing hybrid of two Indian varieties. The first parent tree was imported from India, likely in the late 1800s or early 1900s. It’s not known for sure where this fruit came from but it has been verified that some trees were growing on Bowen Island by 1915 and they have been traced back to before the 1900s.

It’s a healthy snack. They pack in fiber, potassium, and vitamin C as well as other natural plant compounds that may help prevent heart disease.

It is a medium-sized fruit, averaging about three to four inches in diameter. The skin color is bright yellow skin, and the ripe fruit has red and green patches over an orange background.

The texture can range from being very firm at its peak ripeness (or soon after harvest), to being quite soft. The texture also changes as the fruit continues to ripen, and becomes increasingly softer with a higher juice content and juicy flavour at its peak of flavor.

Bowen mangoes are often eaten fresh out of hand or sliced in half for serving over ice cream or sorbet. They’re delicious on their own, or in a salad, as an ice cream topping, or mixed into fruit and yogurt.

Their crispy texture makes them perfect for eating by themselves or using in desserts like mango pie. If you’re looking for a refreshing summer treat this fruit is the way to go.

The sweet-yet-tangy taste of the Kensington Pride is what makes it so unique and attractive to people around the world. And that includes those Australian mango eaters. It is where eating a fresh, sweet flavour, and ripe one on your own or using it in a summer dessert is the perfect way to cool off from the heat.

What Is It Best For?

These fruits are best for eating by themselves or using in desserts such as pies and cakes. They’re also an excellent choice when you want to add some fruitiness to your savory dishes.

How Do You Eat It?

They are best eaten when they’re ripe and ready to eat. You’ll know it’s time by the green skin that turns yellow or golden brown with spots on its surface as well as the slightly soft flesh beneath the peel.

Once the fruit is ripe, it’s best to cut into the fruit lengthwise and use a spoon in order to scoop out its flesh. If you’re creative, there are many ways to eat.

Some of these include:

Where are Kensington Pride Mangoes Grown in Australia?

This variety of mango is grown in the subtropical climate of Northern Regions of Queensland and Northern NSW.

A commercial variety of these fruits grow in both the Northern Territory and Northern and Central Queensland. Early-season trees provide fruit from September to November, while late-season are available from December to February.

Some late-season fruit comes from Kununurra in Western Australia. From southern NSW or Queensland, low-quality produce is more common.

The season spans from September to February. The season begins near Darwin and Katherine in late September and ends in early December.

Queensland (from such places as Mareeba, Dimbulah, Townsville, and Bowen) arrive in the market around this time and usually persist until January. In the 1990s and 2000s, we have seen an increase in Northern Territory shipments.

How Much is Kensington Pride?

Kensington Pride mangos cost about $2 per kilo at Australian supermarkets. This price varies depending on how far away the farm is located from the supermarket. A good rule of thumb is to buy local whenever possible.

If you live outside of Australia, you might be able to find cheaper prices online. However, shipping costs will likely make it too expensive to purchase locally.

Where Can We Buy Them?

It can be found at fruit markets during the summer months in Australia or online for delivery to your doorstep.

What is the best mango in Australia?

Kensington Pride is the best for “sweet and tangy” with a “rich, juicy flesh.”

Where do Kensington Pride mangoes come from?

Australia. The tree was originally found growing at Kensington Park, a farm near Bowen. That is why they are also referred to as Bowen Mangoes.

Which is the sweetest mango in Australia?

Bowen Pride has been described as having a “delicate sweetness,” but not too much. This means that it doesn’t overpower other flavors in food.

Are Bowen and Kensington Pride mangoes the same?

The ‘Bowen’, ‘Bowen Special’, and the Kensington Pride Mangoes are all from the same variety.

Where is Bowen mango?

The Big Mango is located at the Bowen Visitor Information Centre, 4 kilometers south of Bowen on the Bruce Highway. Stop by to get your photo with the iconic place! While you’re here, stop inside for some delicious local sorbet.

See also: Refrigerated Avocado Turned Brown: Why and What Should We Do? 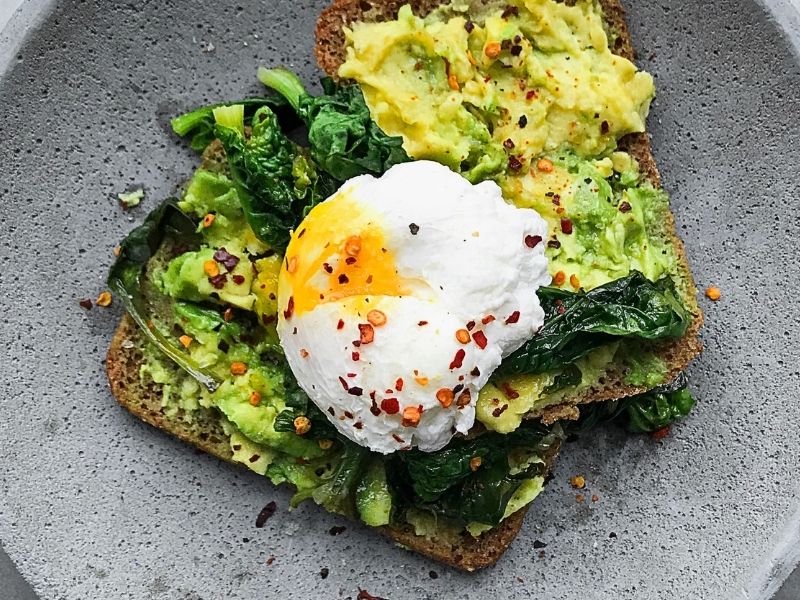 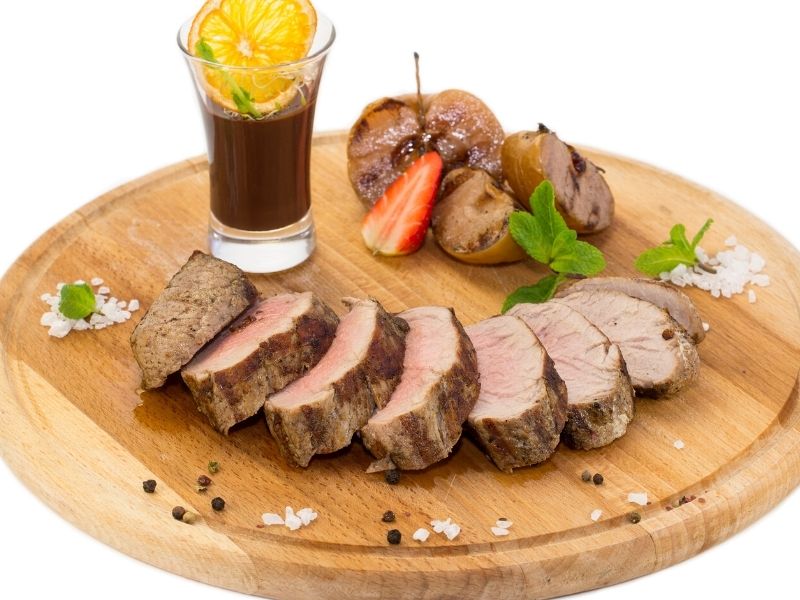 How To Cook Venison Roast In Air Fryer? English 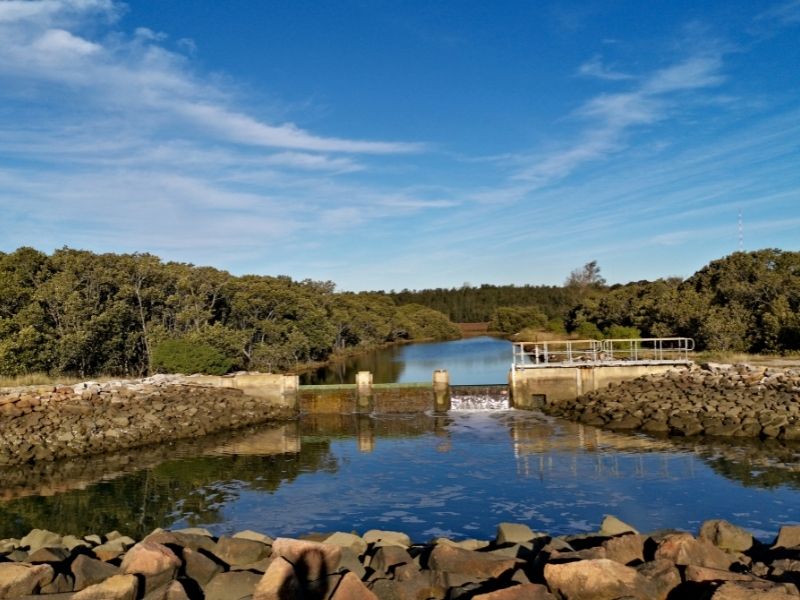 Newington in New South Wales: What You Need to Know Australia 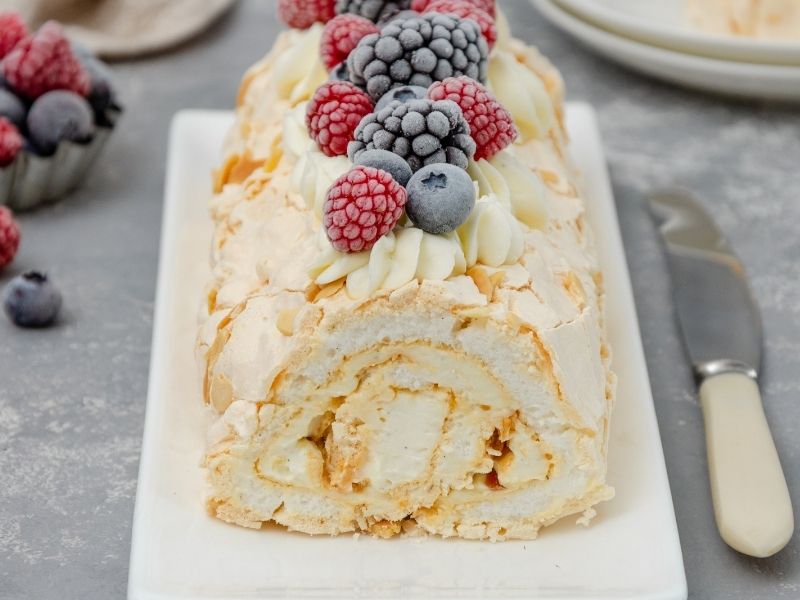 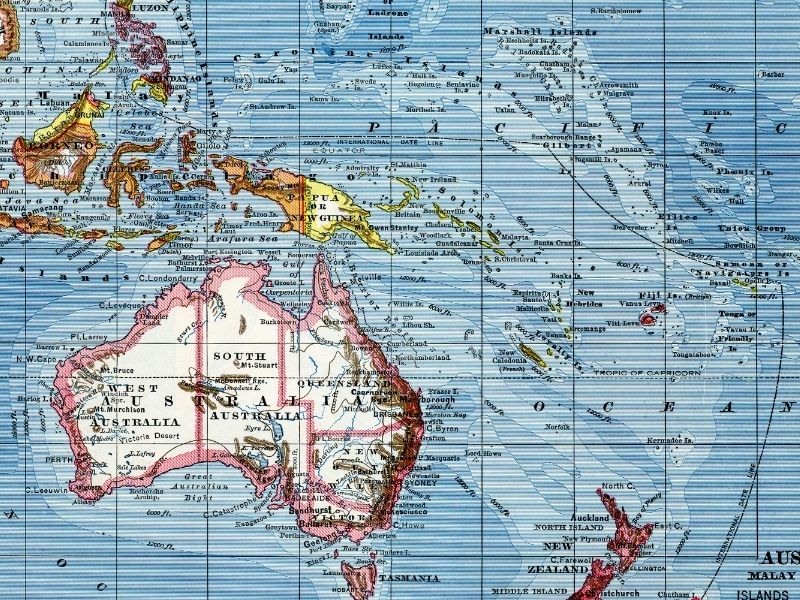 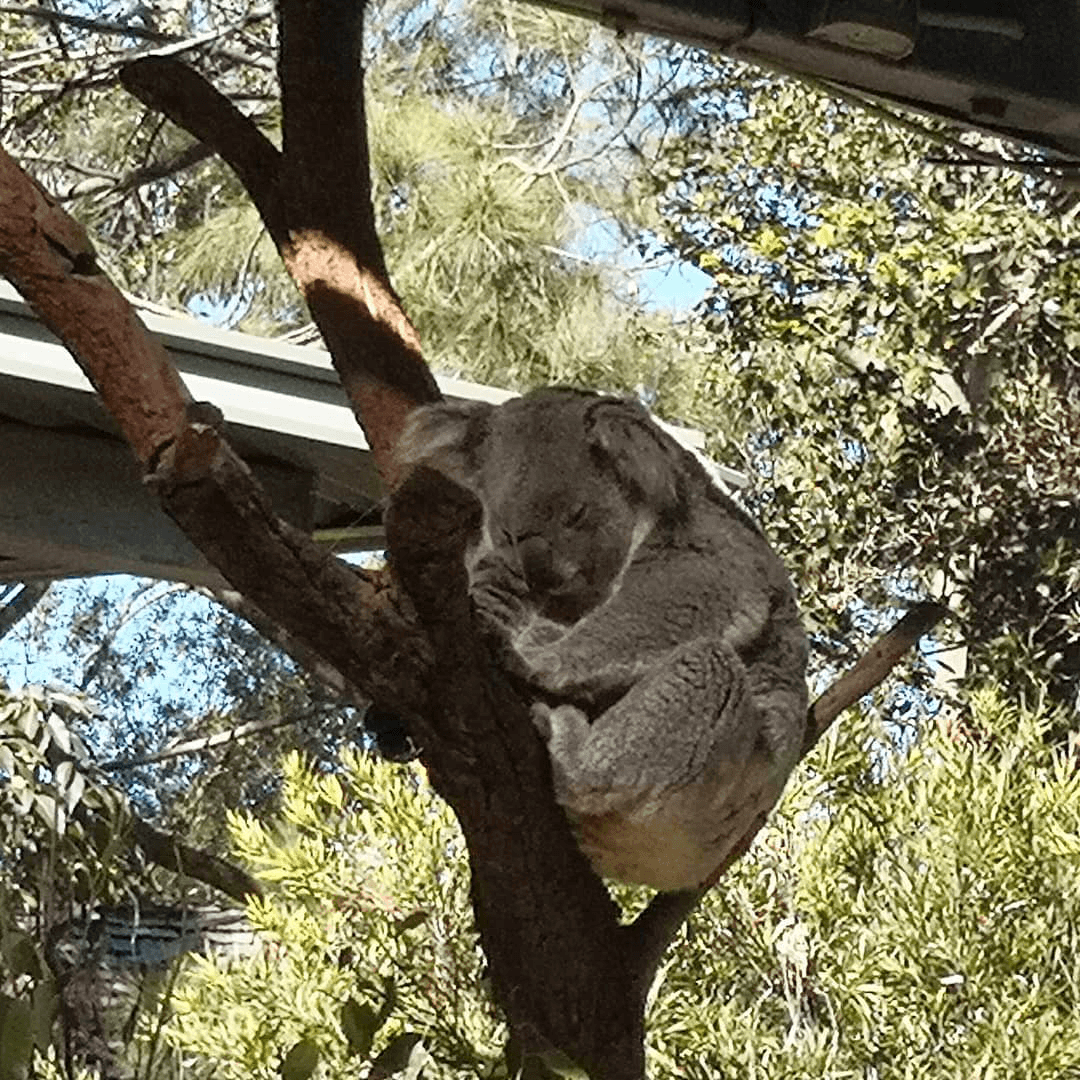