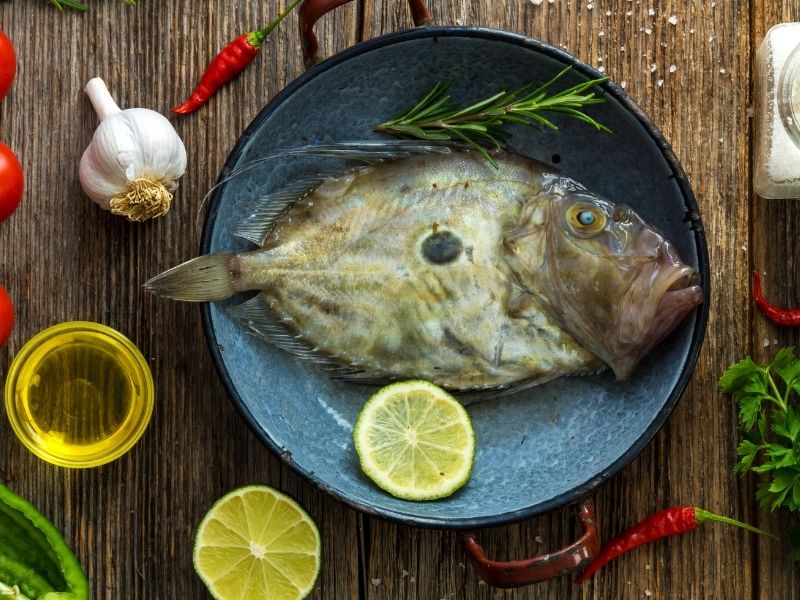 The John Dory is a popular fish, and for good reason! It’s not only delicious, but it’s also healthy. It is also relatively inexpensive, which makes it a great option for anyone looking to feed their family with healthy, flavorful meals on the cheap. And there are many ways and recipes for john dory fillets.

John Dory fillets are the best way to eat this type of fish. And this article will teach you how to prepare this mouth-watering dish that your whole family will love.

What Is a John Dory Fish?

John Dory, also known as St Pierre or Peter’s Fish, is a deep-sea fish of the genus Zeus. It is an edible demersal marine creature that has an olive-yellow body and a large dark spot that flashes with an “evil eye” when threatened.

John Dory fish has many names. In New Zealand, the Māori know it as kuparu. On the East Coast of North Island, Maori gave John Dory to captain James Cook his first voyage to New Zealand in 1769. Several casks of them were pickled

What Kind of Fish Is John Dory?

Eliza Acton, a cookery writer of the nineteenth century, observes in her book Modern Cookery for Private Families that John Dory “though of uninviting appearance” is considered as the most delicious fish by those who taste it. She recommends baking this dish “very gently,” avoiding drying it out in the oven.

Is the Fish Healthy?

John Dory contains quite high amounts of omega 3 fatty acids, and one of its major health benefits is optimizing brain development in fetus, babies, and children.

There are many diseases caused by inflammation and John Dory is very high in anti-inflammatory properties.

Besides omega 3 fatty acid, John Dory is also packed with vitamins, and minerals, which is great for the heart.

Well, all types of fish are great for the heart. But to get all the health benefits of John Dory you should consume them in moderate amounts only because cholesterol in fish could cause problems as well if you are not careful.

What Is the Price?

The standard weight of one John Dory is about 800g. The fish size is recommended for 1 – 2 people. Usually, it is sold as frozen fish at supermarkets and grocery stores.

For the fish stock

For the tomato sauce

For the John Dory

John Dory is a firm-textured fish with moist, fine flakes and a mild, sweet flavor. It is very low in fat yet has a buttery, melt-in-your-mouth feel.

Is John Dory a good fish to eat?

John Dory is a saltwater fish, known for its white, meaty flesh which can be delicate and sweet. The meat might taste incredible; however John Dory are spiky creatures with large heads, making them look unappealing and not very economical.

How many fillets are in a John Dory?

There are two to three filets in one john dory. The flesh can then be easily removed from both sides and each side can be cut into three filets. Handle the fish carefully while removing the fins and sharp spikes with kitchen shears.

Like any other sea fish, John Dory also is also exposed to mercury. However, it is considered one of the fishes with richer Omega-3 and generally low in mercury.

Other fish low down on the food chain and subsequently lower in mercury are skipjack tuna, tarakihi, blue cod, hoki, monkfish, warehou, whitebait, and sardines.

What fish is John Dory similar to?

John Dory contains a robust, slightly milky flavor. Their skin is thin and easy to eat. Other fish choices for this recipe would be Gurnard, Sea Bass, or Red Mullet

Where is John Dory fish from?

John Dory, is a type of fish found predominantly on the coastlines of Africa, Asia, Australia, and Europe. These ocean-dwellers live in depths between 5 and 360 meters deep (with 15 feet being the shallowest depth).