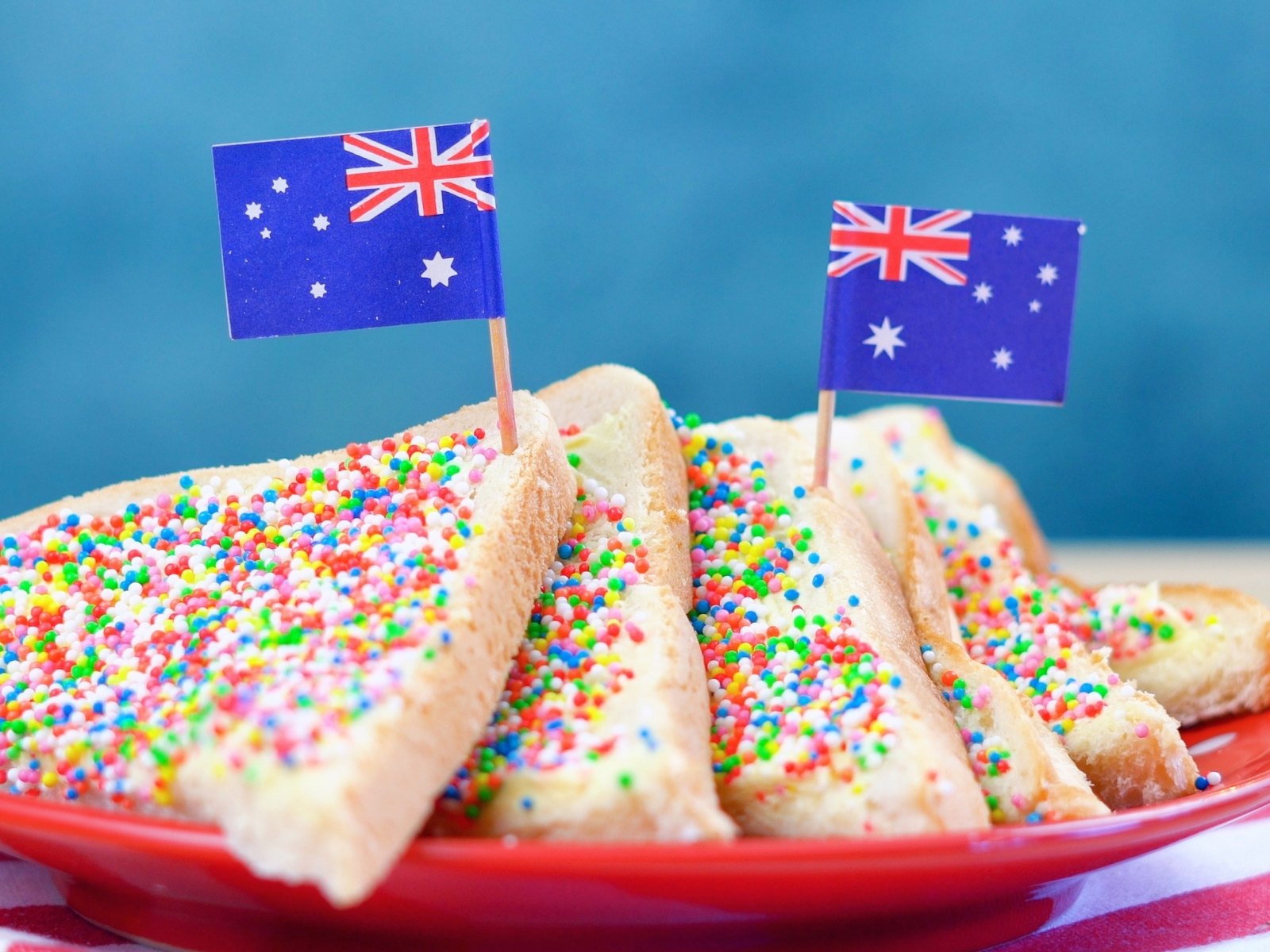 The name alone has got to make you want to try it out! In this blog post, we will learn about how to make Australian fairy bread and what ingredients are involved. We’ll cover recipes for both children and adults too.

What Is Australian Fairy Bread?

What is Australian fairy bread? It’s a popular treat in Australia, New Zealand, and the United Kingdom that can be made with white sliced bread spread with butter or margarine and sprinkled with “Hundreds and Thousands” sprinkles. There are two types of Australian fairy bread recipes, one for children and another for adults.

The origin of the term is not known but it may come from a poem called ‘Fairy Bread’ in Robert Louis Stevenson’s A Child’s Garden of Verses, published in 1885.

Where Did It Originate?

Fairy bread originated in Australia and New Zealand. The most common theory is that it came from the poem ‘Fairy Bread’ in Robert Louis Stevenson’s A Child’s Garden of Verses published in 1885, but fairy bread has been used for a number of different food items before this usage.

Australian fairy bread is made with white sliced bread, butter, or margarine and “Hundreds and Thousands” (100’s and 1,000’s) sprinkles. You can also add cream cheese for a more robust flavor. The recipe has been adapted over the years to include other ingredients such as raisins or grated chocolate.

The main ingredient you will need is white sandwich bread, which can be any variety of your choice. The other items needed are butter or margarine; sugar (grated or castor); sprinkles; and, icing sugar.

The French term for these confections means they are “without equal” when it comes to decorating cakes, desserts, and other sweets. The tiny balls made with sugar and starch come in many colors – originally opaque white but now available in nearly any color imaginable.

Sprinkles are scattered or pour small drops made from a combination of sugar, corn starch, corn syrup, and water. They can also contain artificial flavors or colors, depending on the type. They are usually used for decorating cakes, cookies, and any other desserts. There are many types of decorative sprinkles, from tinny balls sugar, star or heart shapes sugar, gold dust, and many other forms and flavors.

How to Make Fairy Bread Step by Step?

Spread softened butter on a slice of white bread and sprinkle with sugar and sprinkles, then cut into triangles.

Australian fairy bread for children is made the same way but without any sugar.

Spread softened margarine on a slice of white bread and sprinkle with sprinkles, then cut into triangles.

Australian fairy bread is traditionally eaten as breakfast but it can also be enjoyed at any time. It’s perfect to serve at parties.

Spread Nutella on a slice of white bread and sprinkle with sprinkles, then cut into triangles. You can also use softened margarine instead of Nutella as the base layer and sprinkles.

Australian fairy bread can lose its crunch, so it’s best to eat right away or store in an airtight container for up to a day before consuming again.

Spread peanut butter on a slice of white bread and sprinkle with sprinkles, then cut into triangles.

Why is fairy bread an Australian icon?

Fairy bread is an Australian staple. In 1885 the Scottish-born novelist Robert Louis Stevenson published a poem about fairy cake that inspired what we now know as fairy bread.

It tastes like white bread that has been buttered, sprinkled with sugar, and topped off with sprinkles.

What do people call sprinkles in Australia?

In Australia, the sprinkles, or nonpareils, are called ‘Hundreds and Thousands’.

What is a bread called in Australia?

Bread is called ‘rolls’ in Australia.

How many calories are there in Australian fairy bread?

It’s hard to say exactly how many because it depends on the recipe you use, but it might have around 150-200 calories per slice of bread.

Do you refrigerate fairy bread?

Can you freeze Australian Fairy Bread?

It’s best not to because it will lose its crunchy texture and become stale quicker if frozen, so the only way is to eat it right away or store it in an airtight container for up to a day before consuming again.

What do you call fairy bread in America?

In the US, you might hear it called ‘fairy toast’ or ‘sprinkle toast’.

What are the unspoken rules of fairy bread?

The Australians believe that fairy bread can only be made with 100s and 1000s, not long sprinkles.

Can fairy bread be made the night before?

You can make the fairy bread up to 4 hours before. Cover with plastic wrap and set aside in a cool place out of direct sunlight.

But it cannot be made the night before because it will get soggy.

If the fairy bread is heated or made the night before, it becomes soggy and does not taste as good. Make fairy toast – Toast your bread first then follow the steps normally.